Agricultural production can be increased by using direct inputs of improved seeds and fertilizers, and/or by bringing more land under production. Nonetheless, these alone cannot affect sustained increase in production and productivity. One of the other important technological interventions is Agricultural Engineering Science and Technology. The broad contributions of the sector constitute generating/adapting and utilizations of different improved and appropriate Agricultural machineries and power, soil and water engineering, post harvest and food engineering and Renewable energy technologies. These technologies comprise tillage implements and machineries, animal and mechanical power utilization for farm purposes, integrated physical and biological soil and water conservation and efficient utilization technologies, post harvest product handling, value addition processing for food and feed as well as the agricultural based renewable energy sources utilization technologies. Thus, the AER Directorate of IQQO believes and working on generating/adapting and applying of these important AER Science and Technologies in parallel with the other factors of science and technology intervention would greatly changes the tradition of farming system, alleviates drudgery, helps wise use of natural resources, and reduces environmental degradation while increasing productivity and production of the agriculture.

To generate, adapt and transfer improved and appropriate Agricultural Engineering technologies/information for needy customers and stakeholders according to diversified agro-ecologies and farming system

Since the beginning of the first growth and transformation plane (GTP I) different agricultural Engineering research (AER) technologies were developed, improved, adapted and disseminated under the previous research case teams of pre-harvest, harvest and post-harvest. Accordingly, the Research Directorate has generated/adapted 135 technologies/ information. The categories of generated technologies/information were 59 under Pre-harvest and 76 under harvest and Post-harvest technologies. Among these, 27 types of technologies were multiplied in to 12,412 pieces of pre-harvest, harvest and postharvest technologies and disseminated to the farmers by the four AER Centers of the region. In addition, the centers were also engaged in awareness creation training of farmers and investors on the advantages of improved AET and their utilizations. Equally important, the centers have also contributing in training of private sectors, NGOs, GOs and SMEs with the aim of awareness creation for outsourcing of the mass productions of the AE Technologies to the manufacturers and creation of job and broader platforms of the Technologies production, supplying and maintenance in local levels. The five years trainings have been delivered on about seventeen (17) types of technologies. The participants were 687trained, out of which; 519 were males and 168 were females.

In doing so, several private and SMEs were predominantly supported and enabled to create jobs and generate income by the production, supplying and maintenance of the agricultural engineering technologies in the region.

Although most of the AE Research activities have been conducted under the previous agricultural mechanization research program in aggregate system before 2014, but since then, the increasing demand of the farmers for other untouched areas of the AE technologies was persuade the institute to reengineer the program into Agricultural Engineering research process to address the demand for more soil and water conservation, irrigation and rural energy generation/adaptation and utilization technologies. Thus, the research program achievements are summarized below under the research case teams.

The major research priority areas are; Primary and secondary tillage technologies, Row planting technologies, crop protection technologies and draft power utilization. Under this research case team, various animal and mechanical power driven technologies were designed and developed, adapted, improved and availed for users. Among these, several improved land preparation implements, different crop row planter (4 types), several crop protection technologies (such as animal and manual weeders (2 types), cultivators (1) and chemical applicators (2)), harvesting technologies (2 types) and mobile threshers/sheller (4) for different crops were made available. The combination of traditional technologies feature in the AET research resulted in implements that combined the simplicity, lightness, and low cost nature with the superior field performance of most released technologies. These technologies have been contributed in helping farmers to increase production and productivity. 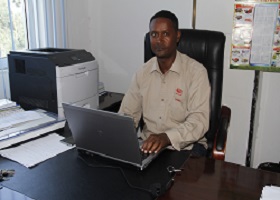 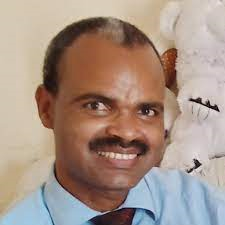